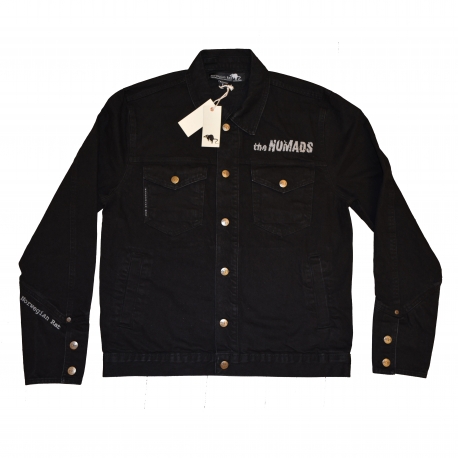 The Nomads edition. (One "The Nomads" embroidery above the left chest pocket) 100% thick black denim jacket with custom rat buttons. This jacket is equipped with 8 pockets. Two of them with coarse zippers on the inside. This jacket is named after Halfdan the Black. Dagfinn Bjelland of Karma Tatto (located in Haugesund, Norway) did the artwork that is located on the inside.