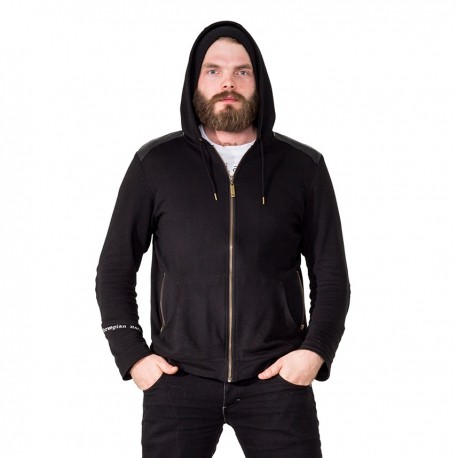 (Scroll down to read about Skakke)

This product is no longer in stock

Erling “Skakke” Ormsson was a Norwegian Earl during the civil war period. His hometown was at Studla in Etne, a small place about as far in a fjord as one can get on the western coast of Norway.

His nickname Skakke (meaning crooked/skewed) originated from an incident outside Sicily, where he suddenly found himself in a rather unfortunate sword fight with some Arabs. Erling got chopped in the neck, so much that the whole thing got skewed, or crooked if you will. Hence the name.

Erling had a son, Magnus Erlingsson, by a woman called Kristin Sigurdsdaughter. By the time he was 7 years old Magnus became king over Norway. This was of course nothing but a formality, as it was mr. Skakke himself who did all of the ruling, his son being so young.

Nothing to say about Skakkes visions for his offspring though; Erling ruthlessly and effectively removed all threats and possible rivals to his son. One of the unfortunates on the receiving end of this was his own stepson Harald, who found himself with a head shorter before long. (It remains unclear if his wife ever knew it was her own husband who did this.)

It was said that Erling was a man of exceptionally few words when dealing with his enemies. However, if he had decided to spare their lives, he would give them an earful they would not forget in a while. So, when people started noticing the increasing silent treatment his stepson was getting, they pretty much knew what was about to happen. They entreated with the young king and pleaded that he should talk some sense into his father, since it after all was his own half brother! Little Magnus did as asked, and pleaded with his father to spare Harald, on which Erling responded; “You wont rule long if you approach with kindness alone.”

According to the saga of Sverre, Erling was not content with just killing Harald. He also hung him up like a crow to warn all other possible enemies what happened to anyone thinking about going against the king.

A real stand-up guy this Skakke...

Erling “Skakke” Ormsson swung his sword for the last time at the battle of Kalvskinnet on the 18th June 1179. His son was king over Norway from 1161 to 1184.

You can read more about Erling "Skakke" Ormsson on Wikipedia.