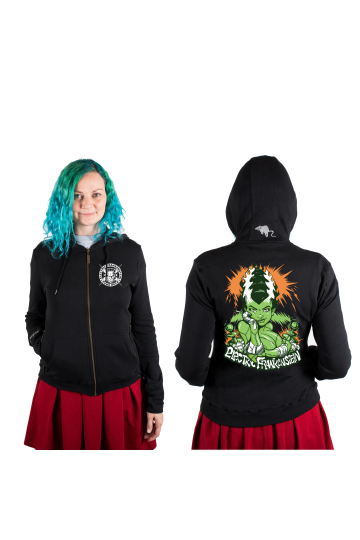 Notify me when available
Write your review

"There was a band that we liked that was called Electric Frankenstein, but we could never understand why they did every part either two or even four times as long as you were supposed to do. (..) If you keep it going for a minute, people go bananas!" - Howlin' Pelle, The Hives

Electric Frankenstein is a legendary American high-octane punk rock'n'roll band, formed by Sal Canzonieri in 1989. Since 1992 they have released over 100 records throughout the world. Even though they are being labeled as a punk rock band, they have got a quite distinct sound with elements from other genres such as heavy metal and hard rock. Throw Motörhead, Stooges, Dead Boys and The Damned into a blender, and you pretty much end up with Electric Frankenstein.

EF is concidered being a huge inspiration for the rock revolution that started back in the nineties, influencing huge bands such as The Hellacopters and Gluecifer, among others. In addition to having one of the best band names in history, they are particularely known for their poster and cover art, with their iconic Frankenstein imagery. They are most likely one of very few, if not the only one, punk bands to release books with their art.